We would like to help you start an ecommerce business in South Africa.

There is a quote from a lady, once referred to as the most hated person in America… Madalyn Murray O’Hair. She said “Get up off your ass and do something… It doesn’t matter if you fail, at least you’re trying!”

The context at the time was about fighting for a cause. But the sentiment is equally important in business, because starting a business or taking a new direction in your business is about a cause. Madalyn was a staunch atheist whose mission in life was to eliminate religion from, amongst others, American schools.

This was an interesting lady who met an interesting end and I would urge you to read up about her strange demise if you have an interest in crime mysteries. Madalyn, her son and granddaughter suddenly disappeared one day. Breakfast dishes were still on the table when her home was entered.

A vast sum of gold coins were purchased by her son, while they were “missing”, perhaps using money from the American Atheists organization that she has started. Eventually, a chap by the name of David Waters was found guilty of kidnapping, robbery and murder. The huge trunk of gold coins was stolen from a storage locker by thieves seemingly unrelated to the disappearance of Madalyn and company. But let’s get to the point…

Procrastination can lead to the death of a business. That sounds terribly dramatic but it is entirely true. Equally true, is that if you never try and start a business, you can never fail – but the corollary of that is that you can never succeed either.

It is quite possible to start a business while still being employed elsewhere. The reason I mention this is because starting a business can be a very costly affair, particularly in terms of losing employment income.

One possible solution to this, is to start an online business or ecommerce store. You can start the store during your free time in the evenings and on weekends. Over the course of the next few months, I will post a number of articles taking you through the entire process. Among the topics to be discussed will be:

-Identifying and sourcing suitable products to sell
-Linking up with and negotiating suitable delivery terms with suppliers
-Understanding the concept of drop-shipping versus doing your own shipping
-Deciding on a suitable and favourable business and domain name
-Choosing and registering a domain name
-Choosing and signing up with a hosting company
-Selecting an ecommerce platform
-Cloud, open-source and proprietary systems
-Platforms available in each system type
-Payment systems
-Plugins and apps to modify and optimize your store
-Marketing and SEO basics, social media presence
-Critical deliverables for an online store
-Scaling your store

That will get you started. Then the hard work starts.

For many sales people, the thought of turning down business would instantly blow the fuse in their brains. In today’s volatile economic climate how could you possibly say no to business?

Having a minimum success criteria for the type of business that you WANT to do, associating with companies that you WANT to partner with and having a budget that you CAN work with may almost seem arrogant, but the reality is that because of the current global economic Tsunami sweeping across businesses globally, the companies that have strongly rooted themselves in long term partnerships with financially secure corporates and solid provider’s, are the ones that will not only survive, but thrive. Referring my Colleague Tim Kroons Article How to effectively engage with a software-services provider (http://www.entelect.co.za/News/DisplayNewsItem.aspx?niid=49708), He talks about identifying the right partner as an exercise that can cause an organisation to reflect on its own culture and objectives. Identifying a partner whose values align with your own company’s is important because the individuals who embrace those values, will be an integral part of your project teams.

The cost of doing bad business not only effects the bottom line, but has many adverse effects including broken trust, bad references and not just an unhappy customer, but an unhappy work force. Let’s face it, they are the ones on the ground doing the work, in the face of the customer, and the most important facet of any successful company is their hard working and motivated human capital.

Having a minimum success criteria for taking on business ensures that you stick to your core focus of why you went into business in the first place. Diversification needs to be considered, particularly in this fast paced world we live in. Saying yes if it’s strategic, and has the potential to meet your success criteria “eventually” is sometimes necessary. Perhaps it’s an exciting and innovative project that will create credibility and put your company forward as thought leaders. Goodwill and philanthropy have their own rewards, but don’t underestimate the power of “no,” which can help your business grow far faster than saying “yes” will.

Setting the expectation upfront allows a transparent working relationship and enables you to focus on delivery to align with the value you offer your customer. When you do exceptional work on great projects for top clients, they tend to send more top clients with great projects your way. In our personal experience, we have for 14 years predominantly received our work through referrals. We have built our reputation as an honest partner that’s willing to have tough conversations in the interest of doing better business and achieving better results. Our long standing customers continually provide us with profitable work, are keen to be used as references (also gives them an opportunity to brag) and our staff are loyal and committed.

Bringing on new business is always exciting, but learning to say NO at the right times will keep your business, staff and customers happy and secure in the value you bring when you do say YES. 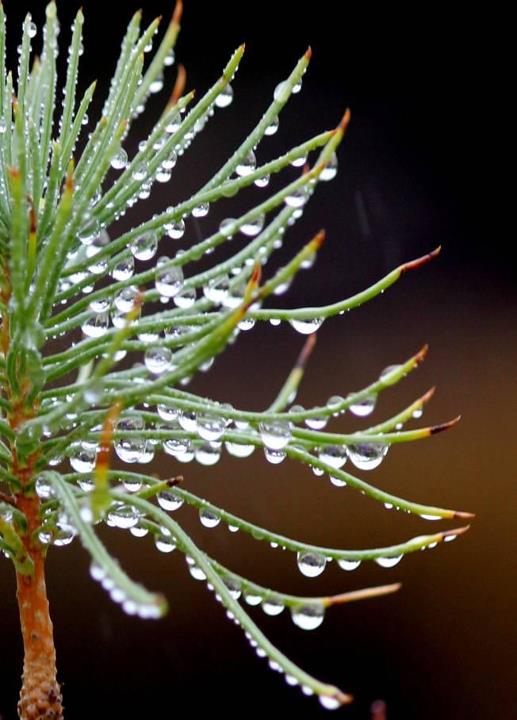 The essence of any decision by aspiring, young South African business people will surely be: What benefit is there for the entrepreneur joining the Progress Project? What is in it for you and what can we do for you? END_OF_DOCUMENT_TOKEN_TO_BE_REPLACED

I am running out of space at the bottom of our garden next to the swimming pool filter-box. You see, that is where I bury the bodies of all friends and associates who have tried to con me into joining their Amway scams.

Many years ago, a former friend whose remains now fertilise a beautiful rose bush, lead me on a tale of cunning and deceit matched only by those Jason Bourne movies. All questions I posed about this mysterious meeting we were to have with an acquaintance of hers were met with the most carefully scripted replies. Had the CIA flown in under cover of darkness and zipped her off to Guantanamo Bay for endless weeks of interrogation, they would have been no wiser than I was and would have ended up at the only place worse than Guantanamo Bay – an Amway meeting. END_OF_DOCUMENT_TOKEN_TO_BE_REPLACED

The process for approval to join and benefit from joining the Progress Project is easy, but designed to protect the entrepreneur.

At this stage, the process for approval is competed and the entrepreneur’s new business start up is underway. The entrepreneur has funds and expertise available, a comprehensive course of action plotted out and the business tools necessary to start up and successful business.

I was recently asked: Should I let somebody put their business in my name? A further catch, was that the third party who wanted to use another’s name to set up a business was a family member with a failed business with negative financial information and ratings.

Should you accept the Risk of Somebody Else Starting a Business in Your Name?

Do not let somebody else start a business or put their venture in your name. At the outset, and as harsh as this may sound, there is probably a reason why that other person’s current business has lawsuits and debts against it… Whether that situation came about as a result of bad luck, bad management or a combination, you would be very exposed in your personal finances if you allow them to put the new business in your name. END_OF_DOCUMENT_TOKEN_TO_BE_REPLACED

Feed your Brain with Knowledge

The human brain feeds on knowledge and will be happiest and most useful if it is learning something new on a regular basis. Ongoing learning for entrepreneurs and executives is the most beneficial tool for improving your chances of achieving business success.

The knowledge that provides food for your brain does not need to be of the traditional sort. What this means, is that you do not need to undertake mammoth projects at an institute for tertiary education. You do not need to take on a two or three year course, such as a Masters degree, if you are not keen to devote that term of commitment to a learning project.

Many aspiring and current business people have an enormous work load and little available time, whether their commitments be to family, work, gym, social contributions or any combination of these and others. This makes the prospect of longer-term study unattractive, to the extent that often, they shy away from study entirely. But, ongoing learning for entrepreneurs will bring a host of benefits, not least of which is to keep all areas of your brain active. END_OF_DOCUMENT_TOKEN_TO_BE_REPLACED

Apprenticeships are Real Education Accessible to All

Formal education, or rather the complete lack of it, will become the current South African government’s greatest legacy. It will be nothing to be proud of and is a tragedy of the greatest proportions. I am a firm proponent that apprenticeships are real education and that  vocational training is a realistic part of the solution for millions of unemployed youth in Africa.

Unfortunately, as I ponder this article, it occurs to me that it would be dangerously easy to move into a diatribe against the educational crisis in South Africa and place newspapers filled with the odorous mixture of doggy-doo and responsibility at the relevant doors. But I will tread cautiously. END_OF_DOCUMENT_TOKEN_TO_BE_REPLACED

Switch to our mobile site